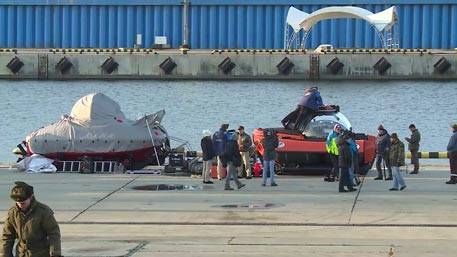 The search for fragments of the fallen in the Black sea Tu-154 and of the bodies was completed. On this morning of December 29, reported the press service of UBSO of EMERCOM of Russia.

“The active phase of searches completed”, – quotes “Interfax-Yug” the representative of the rescue Department.

Earlier it became known that all major fragments of the wreck of the liner was raised to the surface. They have already been delivered to Sochi for the pickup area.