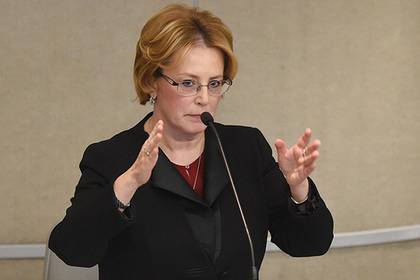 Alcohol consumption in Russia for 10 years has decreased from 18 to just over 10 litres per capita per year. About it in interview to TV channel “Russia 24” said the Minister of health Veronika Skvortsova. Video interview posted on the website “Вести.Ru”.

“The world health organization (who) believes that the alcohol level must not exceed eight litres per capita. We will see what we will reach by the end of this year. I think that this year should contribute,” added the Minister.

Skvortsova also noted that among the Russians “is slowly changing the culture of alcohol consumption”.

November 24, first Deputy Chairman of the Duma Committee on health protection Fedot Tumusov also stated that the country reduced the consumption of alcoholic beverages. “But the level is still very high, by some estimates, 30 percent and 40 percent of the population in Russia is abusing alcohol”, — he said in an interview with National news service (NSN).

In may, the chief freelance psychiatrist of the Ministry of health, Director of the Moscow scientific-practical center of narcology Yevgeny Bryun said that alcohol consumption in the last five years has decreased by almost a third. According to him, the same amount has decreased the number of alcohol poisonings.