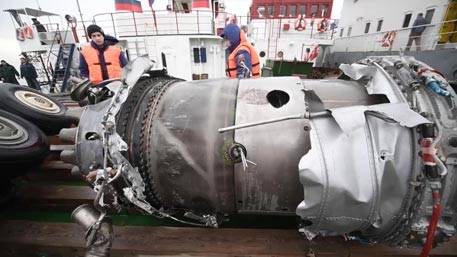 Committee of defense considers seven versions of the reasons of the crash of Tu-154, this was stated during a press conference the head of security service of flights of armed forces of the Russian Federation Sergey Bainetov.

According to him, among the seven versions of the cause of the crash is not a priority. The final conclusions, the experts will do in a month.

In addition, Bainetov confirmed that the found the bodies no traces of fire or explosion, therefore the version of the attack is not considered.

Also Bainetov talked about creating a graphical model of the crash of Tu-154. It will appear after 10-20 days and will allow you to simulate the order of events that led to the tragedy.