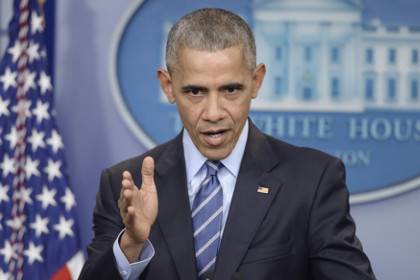 The white house is preparing to announce on Thursday, December 29, on the introduction against Russia of a number of measures in response to her alleged interference in the election process in the United States. It is reported by CNN.

According to TV channel, these actions will include the extension of sanctions and diplomatic measures. Also, as expected, can be named individuals associated with the “Russian disinformation campaign” on the use of stolen data in order to damage the election campaign of the democratic candidate Hillary Clinton.

American officials also said that the Federal government plans to “some sudden action” of the agent character.

In recent months, representatives of the Obama administration has been focused on how to ensure the protection of voting machines and to prevent hackers to change the vote. According to intelligence agencies, the fraud was not detected, increased activity of hackers on the voting day, November 8, was not observed.

Earlier, the outgoing President instructed the intelligence community to prepare a report on the hostile actions of hackers against the United States. In particular, it is expected that it will be reflected to a hacker attack from China, as well as allegedly happened to attempt to gain unauthorized access to resources relevant to the electoral process, and “campaign of misinformation from the Russian special services.”

In the presidential administration believe that by committing such actions, Russia “went beyond” what is normally done in the field of cyber-espionage by States against each other.

On Wednesday the official representative of Russian foreign Ministry Maria Zakharova, commenting on the intention of the US to impose new sanctions, said that Washington would receive a reply from Moscow to their new hostile steps.

The U.S. has repeatedly accused Russia of meddling in the presidential campaign to help the Republican Donald Trump to win the election. Under the assumptions of U.S. officials, in July, Russian hackers broke into the servers of the National Committee of the democratic party, and the party Committee of the Congressional. Were also expressed suspicion that Russia might try to influence the voting by hacking computers. Moscow all charges have been consistently denied.