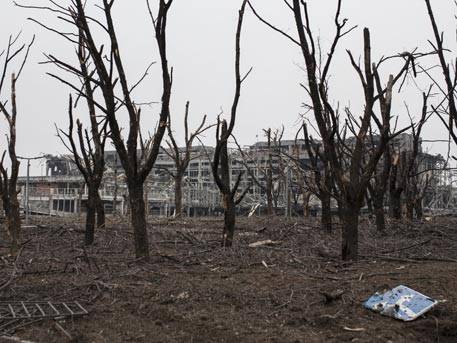 Secretary of the national security Council and defense of Ukraine Oleksandr Turchynov said that in 2017 the Armed forces of Ukraine will begin the “liberation” of Donbass. This statement he made, speaking to soldiers of the National guard in the Kiev region.

“This is the first year that Ukraine has not lost a single meter of its territory. All attempts to move forward, to break through our defense in 2016 was doomed,” – said Turchinov, whose statement published by the TV channel “112 Ukraine”.

Also the NSDC Secretary said that “the enemy” allegedly suffered “serious losses”, and the APU has improved its position.

“Meter by meter we begin to liberate the occupied territories. I am convinced that 2017 will be a turning point in this issue”, – said Turchinov.

It is worth noting that the latest APU made an attack on the position of the LC under Debaltsevo turned to the Ukrainian forces collapse. Kiev subdivision, according to the LC, lost about 40 men killed and withdrew to their original positions.