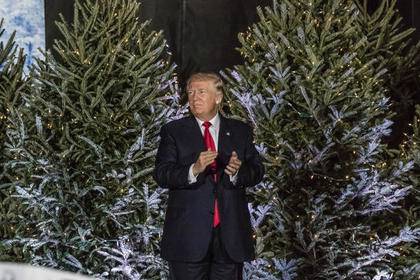 The US President-elect Donald trump commented on the statement of the outgoing head of the White house Barack Obama that he could defeat him in the election. His opinion, a Republican, said in Twitter.

“President Obama said, in his opinion, he would beat me. He had to say, but I say: never!” — wrote trump.

The Republican listed the main, in his opinion, the reasons for the defeat in the presidential election of the democratic candidate Hillary Clinton: reducing the number of jobs, the fight against the terrorist group “Islamic state” (IG, is prohibited in Russia), as well as the reform of medical insurance system.

Dec 26, Barack Obama said that in the case of its participation in presidential elections from the Democrats, he would beat Donald trump. The White house expressed the opinion that the main mistake of the Democrats was ignoring the interests of the whole strata of society, especially those which did not affect the reforms, and detachment from the common people. He praised Hillary Clinton, who “carried himself well in difficult circumstances,” and lamented the press, which is improperly covered her steps and statements.

23 Dec trump agreed with Russian leader Vladimir Putin about the fact that the Democratic party and its candidate Hillary Clinton, are unable with dignity to accept defeat in the presidential election in the United States. “Vladimir Putin said today about Hillary and the Democrats: “In my opinion, this is humiliating. Need to know how to lose with dignity.” That’s for sure!” — he wrote in Twitter.