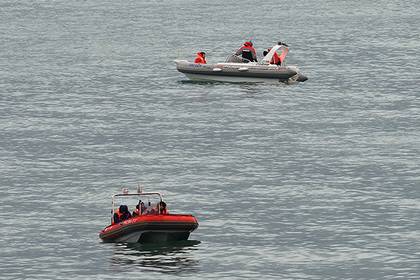 Search and rescue operations off the coast of the Black sea, where he wrecked the plane of the defense Ministry, Tu-154

The cause of the crash over the Black sea Tu-154 of the Ministry of defence could become an overload and equipment failure. On Monday, December 26, the Agency “Interfax” said a source familiar with the situation.

According to the interlocutor of journalists, evidence and objective data obtained in the investigation, saying that the plane could not gain altitude and then crashed into the sea. “We are talking, rather, about the possible damage of the units responsible for a set height or insufficient traction engines. It is not excluded and the human factor, which could facilitate the occurrence of a critical situation,” he said.

The attack at this stage is practically impossible. “The available data of an objective nature, including the testimony of witnesses who refute this version,” — said the source.

Commenting on the hypothesis of poor-quality fuel, the spokesman said that while the victims of the crash Board refueled other planes, and they completed their flights safely.

“Interfax” also reports that the crash site was found another dead body. It was a man dressed in uniform, probably a member of the crew. Thus, we found 14 of the 92 victims of the disaster.

Tu-154B-2 Russian defense Ministry crashed on the morning of 25 December shortly after taking off from Sochi, where he landed to refuel. The plane was heading to Latakia (Syria). The disaster killed all 92 people aboard: eight crew members and 84 passengers — the Alexandrov ensemble, led by Director Valery Khalilov, three journalists of TV channels, representatives of charities, soldiers and officials. The investigation is considering four main versions of the disaster.

MOE specialists raise to the surface the wreckage of the plane.