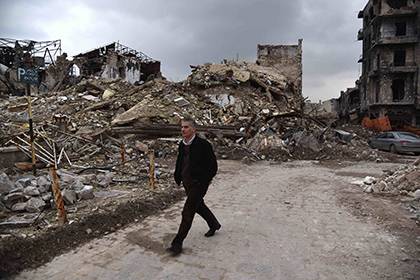 The Ministry of foreign Affairs of Russia considers hostile step a decision on the supply of MANPADS to Syrian opposition fighters. This is stated in the commentary official representative of the Russian foreign Ministry Maria Zakharova, posted on the Ministry’s website.

“Instead of joint efforts to give it back the rampant extremists of all stripes, Washington relies on the provision of military assistance to anti-government groups, which differ little from the bloody thugs, — stated in the text. Now the possibility of supply of weapons, including portable anti-aircraft missile systems established in the new law.”

Says Zakharova, “in the Obama administration are unable to understand the transferred weapons will quickly be in the hands of the jihadists with whom the alleged “moderate” opposition has long are at the same time. Maybe even hope that it happens, because actually patronizing the terrorist group “Jabhat an-Nusra”, which is a division of “al-Qaeda”. Other than aiding terrorists, it is not called”.

“The decision also poses a direct threat to the aircraft of Russian air force, another Russian military personnel and our Embassy in Syria, time and again subjected to shelling,” — says the press Secretary of the Ministry of foreign Affairs.

While Zakharov expressed the hope that a future American administration will not continue the policy of his predecessors. “Surviving the last days, the Obama team is trying to put a brave face future administration of Donald trump, to complicate her management of Affairs on the international stage, including in parallel with a feverish introduction of new sanctions against us to impose their vicious anti-Russian course,” she said.

The terrorist organization “Dzhabhat EN-Nusra” and “al-Qaeda” is prohibited in Russia.