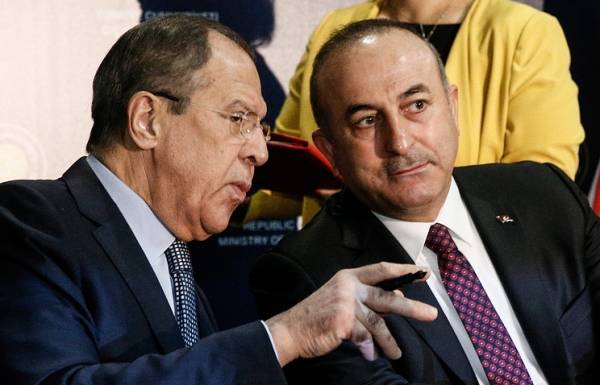 MOSCOW, December 26. /TASS/. The foreign Ministers of Russia and Turkey Sergei Lavrov and Cavusoglu – discussed extension of the cessation of hostilities in the entire territory of Syria. This was announced by the Russian foreign Ministry held today a telephone conversation.

The conversation was held at the initiative of Turkey. “Continued exchange of views on the situation in Syria with a focus on the advancement of the cessation of hostilities in all areas of SAR capacity during the fight with terrorist groups in accordance with the principles of the joint statement of Ministers of foreign Affairs of Russia, Turkey and Iran”, – informed the Russian dipvedomstva.

“Cavusoglu Lavrov expressed condolences in connection with the crash of the Russian plane in Sochi,” – said the Russian foreign Ministry.

The foreign Ministers of Russia, Turkey, and Iran, Sergei Lavrov, Russian Mevlut Cavusoglu and Mohammad Javad Zarif – December 20 held talks in Moscow on Syria, following which a joint statement was adopted. The document was discussed, in particular, on the need to achieve distribution of the cessation of fighting throughout Syrian territory.