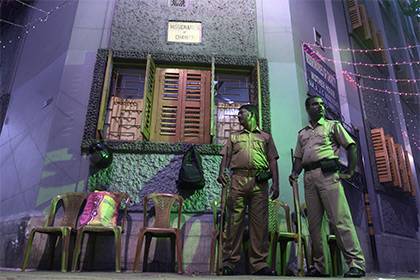 Police said the exposure of the criminal group trading children, reports The Independent.

In Mumbai arrested five women and a man on suspicion that they were stealing children and later sold them to childless couples. Police believe that this is only one of the cells major criminal network, and now seeks out the other groups included in it and also tries to find out the fate of the children.

On the trail of the gang was due to the fact that the boy’s parents, stolen from his home in Mumbai, in time turned to the guards. Those traced the route of the thief and arrested him in the state of Goa and later arrested his accomplices. Those admitted stealing children, and later sold them under the guise of their own. The average price tag was $ 300 thousand rupees (4.4 thousand USD). For 2016, they kidnapped and sold five children.

In addition, the police managed to stop the activities of the gang, entrenched in one of the nursing homes. Arrested 18 people who, as found by the investigators, by the time they sold over 50 stolen children. 10 babies were in the house and waited for their turn to sell, managed to save.

The kidnapping and reselling of children is a lucrative business in India. As a rule, the stolen children sold on the underground factories, is used as domestic workers or for big money sell to wealthy childless couples. According to the police, in 2015 the country has been stolen more than 80 thousand children of both sexes.