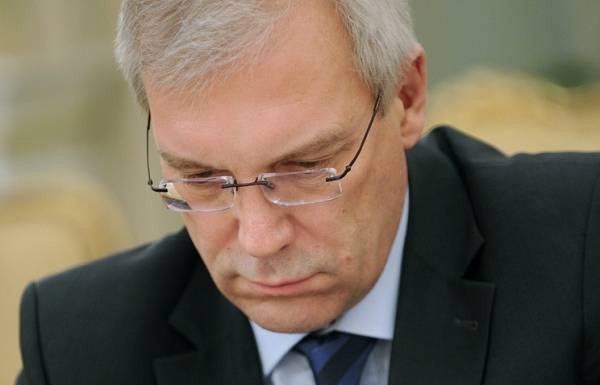 MOSCOW, December 26. /TASS/. The creation of a single EU army is a pipe dream, we can talk about the General command structure for planning and command of operations. This was stated by the permanent representative of Russia to NATO Alexander Grushko.

“The creation of a European army – it’s a pipe dream, he said. – It probably can go and focus the structure of the EU – the creation of a certain staff structure with a military and civilian component, which would bring under one roof the planning and control of all operations undertaken by the EU.”

Grushko added that the current discussions about a single European army is not the first such attempt. “Previous ended in disastrous results,” he recalled.

Among the reasons preventing the creation of an EU army, Grushko singled out economic. “This Association of the military industrial complex, the creation tools that would allow the companies to cooperate, he said. But we know that weapons manufacturing is a very competitive environment.”