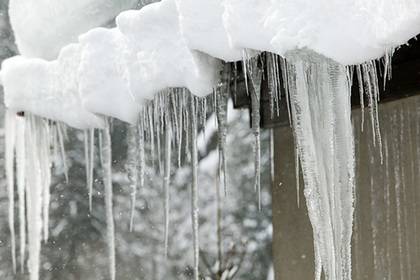 In the center of Moscow at the head of a man icicle fell. This TV channel “360,” said a source in the emergency services of the city.

The incident occurred near the house №10 along the street Myasnitskaya. Victim was a 33-year-old man. He was hospitalized with closed cherepno-a brain trauma in scientific research Institute Sklifosovsky.

At the end of November in the Moscow suburb of Dmitrov block of ice fell from the roof of residential flats on a pregnant woman, who was standing on the balcony. With abrasions in the abdominal area, the victim went to the doctor.

Earlier in the month with the roof of the house on Bolshaya Dmitrovka street in Moscow, the ice and snow fell on the employee of capital Department of the Investigative Committee. The woman was taken to the Sklifosovsky research Institute, where she was diagnosed with “closed craniocerebral injury”.