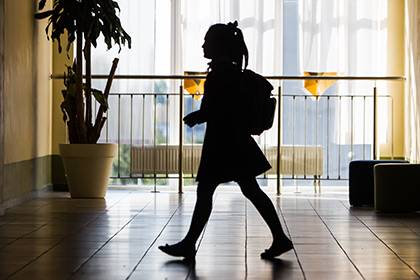 Parents of students of the Moscow school №2065 achieved the abolition in the fifth grade of the course “Origins”, where they found the imposition of religious ideology. About this on his page in Facebook said the mother of one of his disciples Inna Gerasimova.

“Called the representatives of the school Board (the negotiators), offered to coordinate a tutorial on “Secular ethics” with their parents. We gave their consent. All fifth graders in our school clean Istoki”, — she wrote.

Earlier in December, parents complained about the content of the course to the Prosecutor General. “On 126 pages of the book mentions: God — 60 times, the icon 66, the miracles — 20, prayer — 26, cross 31, temple 83, angel 31. Because a significant number of cases of religious dogma is at odds with the modern scientific worldview, we will be forced to regularly criticize the provisions of the tutorial and thesis teacher that is destructive impact on the credibility of the educational process as a whole”, — was stated in the complaint.

According to parents, at the beginning of the school year they were asked to choose between “Orthodox culture” and “Origins”, but the real alternative was absent.

From 1 September 2015 in the mandatory part of the program for students in grades 5-9 of the Ministry of education has included the subject area “Bases spiritually-moral culture of the peoples of Russia” (ODKNR). Currently, the course “Origins” study in 62 regions of the country.

The course of basics of religious culture and secular ethics, which includes modules on basic practiced in the country religions, Russian students learn in fourth grade in 2012. Together with their parents, students should choose one of the offered modules.