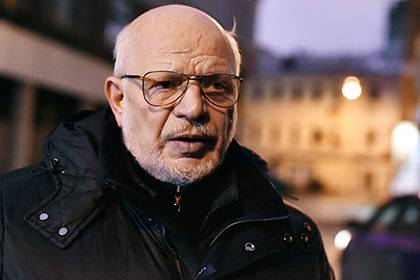 Killed in the crash of Tu-154 Executive Director of the Fund “Fair aid” Elizaveta Glinka, known as Dr. Lisa, may in the future be canonized. Such opinion on air of National news service (NSN) was expressed by the head of the presidential Council for promoting civil society development and human rights (HRC) Mikhail Fedotov.

“In the person of Dr. Lisa, we lost not only the person, who will be canonized as the great Russian Saint, we lost a wonderful person. Lost a person who carried the mission of virtue, — said Fedotov. Now she was flying to Syria to bring medical supplies to a hospital in Latakia. It was her next mission. I am sure that from heaven she will help too”.

Earlier on 26 December, the mayor of Yekaterinburg Yevgeny Roizman promised that the name of Dr. Lisa’s hospice will be named, according to the website of the city Duma.

In turn, the head of Chechnya Ramzan Kadyrov took the decision to call the Republican children’s clinical hospital in Grozny in honor of Elizabeth Glinka.

Hlinka was among the passengers of the Tu-154 Russian defense Ministry crashed near Sochi on December 25. The plane, bound for the Syrian Latakia, disappeared from radars at 05:27 GMT almost immediately after takeoff. On Board were 92 people, including artists of the song and dance ensemble of Alexandrov, as well as journalists.