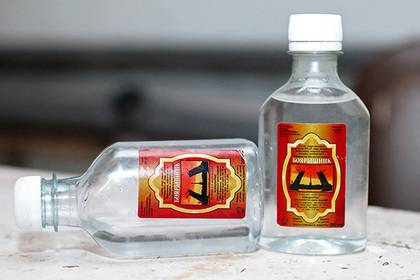 In Irkutsk one more person became a victim of mass poisoning with methanol contained in the bath concentrate. On Monday, December 26, told RIA Novosti the regional Ministry of health.

“Thus from methanol in the “Hawthorn” died of 77 people, only injured 123, in the hospitals are treating 16 patients,” — said the Agency interlocutor.

26 December, by order of the Federal service, from the shelves of Russian stores have a month to remove all cosmetic tinctures, concentrates, and liquids with more than 25-percent ethanol content, with the exception of spirits, drugs and fluids, windshield washing fluid, writes kp.ru.

Earlier on December 26, it was reported that within investigation of criminal case on the fact of mass poisoning in Irkutsk, arrested 23 people. Five of them were taken into custody: the alleged organizer of the production of the substitute and his assistants, who have seized during the search of 10 tons of methanol and 6 tons of finished products.

The investigation is conducted in relation to the Deputy head of Rospotrebnadzor in the Irkutsk region Mikhail Loginova, which has been repeatedly asked to prohibit illegal sales of bath concentrate “Hawthorn”.

Patients suffering from non-edible tincture, began to arrive in Irkutsk hospital on Saturday, December 17. In the region introduced a state of emergency. Criminal case as regards 3 articles 238 of the criminal code of Russian Federation (“Manufacture, storage, sale of goods and products that do not meet the requirements of safety, entailed on imprudence death of two and more persons”).

Alleged causes of the mass poisoning was told at the large annual press conference, on December 23, Russian President Vladimir Putin. “A number of citizens of a foreign state has arranged for the production of preparations for cleaning baths and used alcohol, which is not a poison, he said. But one of the leaders decided to separately earn. And, not knowing really what he was doing, got denatured alcohol and used it”.