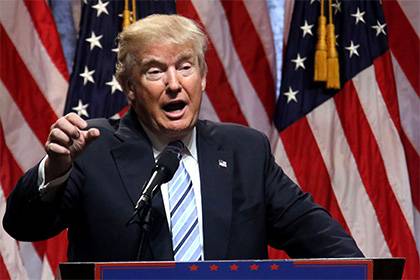 The US President-elect Donald trump said Saturday, December 24 that he intends to dissolve his charity Foundation, whose activities are being investigated by the attorney General of new York. About it reports Reuters.

Trump did not lead the chart of curtailing activities, but stated that he would like to avoid any conflict of interests when he is President.

Earlier this week, trump said that his son Eric will stop collecting money for the Fund due to concerns that it may be regarded as “buying access” to the family of President-elect.

However, a spokesman for the attorney General’s office said that trump is not entitled to close the Fund, while the investigation is ongoing.

Even before trump’s victory in the elections on 8 November, attorney General of new York Eric Schneiderman has written to the Fund an order to stop taking money. He pointed out that the Fund violated state law governing the acceptance of donations by charitable organizations.