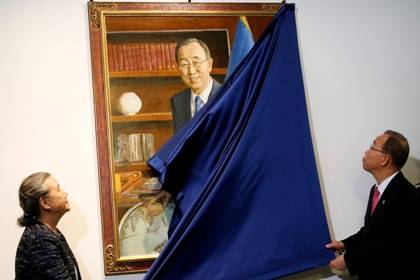 UN Secretary-General and former foreign Minister of South Korea ban Ki-moon was accused of receiving bribes. This is stated in the published on Saturday, December 24, article on the results of investigative journalism edition of Sisa Journal.

The article reports that ban Ki-moon received a total of 230 thousand dollars as a “gift” from businessman Park Yeon cha. The initial amount of $ 200 thousand dollars a businessman handed over to a future UN Secretary General on 3 may 2005. This came after talks held the position of Minister ban Ki-moon with the Vietnamese counterpart, who arrived in Seoul for a visit.

As specifies the edition, money Pak, who was then the honorary Consul of Vietnam in South Korea, carried in a sports bag. In 2007, the businessman handed over to ban Ki-moon 30 thousand dollars.

The UN Secretary General, and the businessman has already stated that the accusations are not true. The administrative head of the world body called them slander and promised to sue the magazine in court.

The tenure of ban Ki-moon the Secretary-General of the UN expires January 1, 2017. In this post it will replace Antonio Gutteres. The Secretary General himself has said that he is ready to compete for the post of President of South Korea.