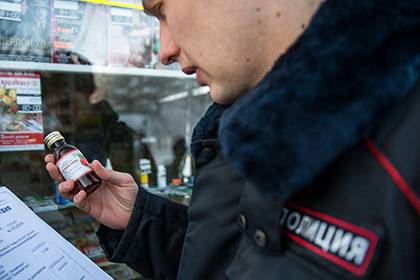 Russian President Vladimir Putin said that the massive poisoning bath concentrate “Hawthorn” in Irkutsk has occurred because of the desire of manufacturers to earn extra money. Such statement the President made during a press conference on Friday, December 23, the correspondent “Tapes.ru”.

“A number of citizens of a foreign state has arranged for the production of preparations for cleaning baths and used alcohol, which is not a poison. But one of the leaders decided to separately earn. And, not knowing really what he was doing, got denatured alcohol and used it,” — said Putin, adding that he considers the incident a terrible tragedy.

The head of state called the big problem of alcoholism among the population. According to him, currently a range of measures to combat this phenomenon. In particular, we are talking about banning the sale of alcohol near schools.

According to Ministry of health of the Irkutsk region, from 17 to 23 December 74 people died due to the poisoning bath concentrate “Hawthorn” with methyl alcohol (the label was declared ethyl). The region has introduced emergency mode. Criminal case as regards 3 articles 238 of the criminal code of Russian Federation (“Manufacture, storage, sale of goods and products that do not meet the requirements of safety, entailed on imprudence death of two and more persons”). Arrested 13 people, some of them were arrested.