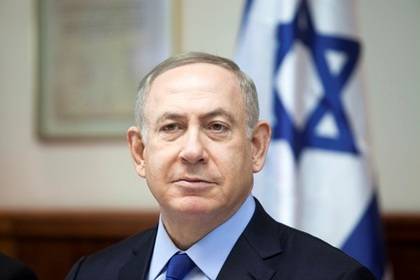 Prime Minister Benjamin Netanyahu summoned to the foreign Ministry the ambassadors of the countries members of the Security Council (SC) of the United Nations in connection with the adoption of a resolution condemning settlement activity, the Jewish state in the occupied Palestinian territories. It is reported by The Jerusalem Post.

We are talking about the heads of 12 diplomatic missions of the States members of the security Council, with which Israel established diplomatic relations. As writes the edition, in that there would be nothing unusual if not for the timing of Netanyahu, the day is celebrated Catholic Christmas.

Many ambassadors are in this regard, the vacations, and therefore, the foreign Ministry of Israel will come to their residual entity that is of a lower rank.

The newspaper adds that during the Cabinet meeting, Netanyahu literally hit with criticism of the U.S. administration and American President Barack Obama. “We have no doubt that [the resolution] was initiated, promoted and controlled the passage of the Obama administration,” said the Israeli leader.

Earlier on December 25 it became known that Netanyahu had canceled the visit of the head of the Ukrainian Cabinet of Ministers Volodymyr Groysman, who was to arrive in Israel next week. According to the source publication Haaretz, the decision was made in light of the Ukraine vote in support of UN security Council resolution criticizing Israeli policy of settlement of the Palestinian question.

A day earlier Russia’s foreign Minister explained the country’s position on the issue of Israeli settlements in the Palestinian territories. “The Russian Federation voted “for” [the adoption of UN security Council resolution demanding to stop the construction of settlements], on the basis that its content is based on proven formulations, reflecting a common and repeatedly reaffirmed the international community’s position on the illegality of Israeli settlement activity,” — said in the text of the statement of the foreign Ministry.

On 23 December the UN security Council approved a resolution, demanding tel Aviv to stop settlement construction in the occupied Palestinian territory. Voted “for” 14 members. The United States, on which Israel waited for the blocking of the resolution, abstained. President-elect Donald trump said that Washington had to use its veto.