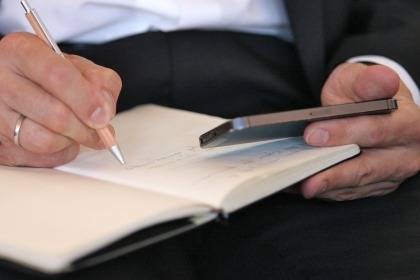 More than 60 members of the world organization of writers (Russian PEN-center) signed a letter to the President of Russia Vladimir Putin with the request to pardon a Ukrainian Director Oleg Sentsov, who was convicted for organizing terrorist attacks in the Crimea. About it reports on Saturday, December 24, RIA Novosti.

“Please use all available resources and mechanisms for the speedy release of our colleague Oleg Sentsov”, — quotes Agency part of the appeal. According to him, the letter was signed by 61 people.

In the PEN-center of “Interfax” declared that is not addressed to the President of Russia. “We do Mr Putin wrote. The Executive Committee and the President of PEN center not involved in this”, — emphasized in the organization.

The press service explained that the initiative comes “from a group of “liberal” opposition, with us trying to interfere and run our own line.” “They are members of the center, but accept their own statements, collect signatures among like-minded people”, — stated in the message.

23 Dec Putin during the big press conference said that to talk about the release of Sentsov will be possible only after terrorism will be nipped in the Bud. “How is it different from the regular military intelligence officers who planned to do the same?” — said the head of state.

25 August 2015, the Ukrainian Director was sentenced to 20 years in a strict regime colony. As proven in court, Sentsov in the Crimea created the division, not the movement “Right sector”, was involved in the arson organization “Russian community of Crimea” and the branch of the party “United Russia” in Simferopol. According to the Investigative Committee, the accused acted with the purpose to achieve the release of the Peninsula from Russia.