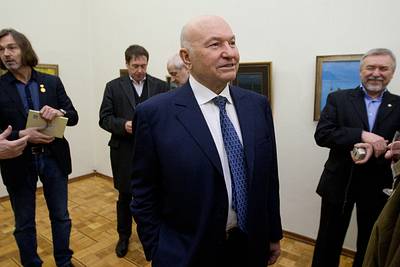 Former Moscow mayor Yuri Luzhkov, who was admitted to a Minsk hospital on December 23 with inflammation of the right lung, will soon be moved from ICU to a regular room. About this “Interfax” said a source in medical circles.

“Luzhkov is observed positive dynamics, it already feels good,” — said the Agency interlocutor. According to him, it is planned that the former mayor will write to the New year, so he celebrated in the family circle.

Luzhkov himself said that he had inflammation of the right lung due to a viral infection. After discharge, he is going to attend a concert of the Turetsky choir in Moscow. Performances in the Russian capital is scheduled for 25 and 30 December.

December 23, several media outlets reported that the former Moscow mayor was urgently hospitalized and placed in intensive care. “Interfax” citing sources claimed that the doctors took him out of the state of clinical death, but a spokesman for Luzhkov denied this information. Later, the rector of Moscow state University Viktor Sadovnichy said that the former mayor was ill during a business meeting at the University.