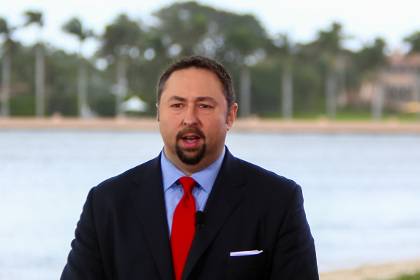 Assistant elected President of the USA of Donald trump Jason Miller, who two days ago were invited to engage in public relations in the new administration, announced on Saturday that it will not work in the White house. This publication reports Politico.

According to Miller, he decided that he needed to spend more time with family. Next month he and his wife are expecting their second child.

On 22 December it was announced that press Secretary for the new President will be the representative of the National Committee of the Republican party, Sean Spicer. Also trump called Miller among their colleagues that will work in leading positions in the line of public relations. He also mentioned hope Hicks and Dan Scavino.

The President has decided on candidates for key positions. The White house administration will lead Pribus Raines, the attorney General will be the Senator from Alabama Jeff sessions, the post of CIA Director, suggested to the Congressman from Kansas, Mike Pompeo.

The Pentagon will be headed by a retired General of the marine Corps James Mattis, head of the interior Ministry will be Ryan Zinke, Secretary of state is the head of ExxonMobil Rex Tillerson. The General-the Lieutenant in resignation Keith Kellogg will be appointed to the post of chief of staff and Executive Secretary of the national security Council.