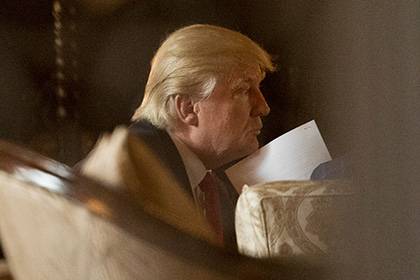 The US President-elect Donald trump spoke about the letter he received from his Russian counterpart Vladimir Putin. Details leads Reuters.

According to the American leader, Putin proposed to deepen bilateral cooperation and bring the Russian-us relations to a new level.

“I hope that we will be able, acting in a constructive and pragmatic spirit, to take real steps in order to restore the framework of bilateral cooperation in various fields and to bring our cooperation in the international arena to a qualitatively new level”, — stated in the message.

The American President, in turn, said that he hoped that both countries will “do so”, and not “go alternative way.”

Earlier Friday, 23 December, speaking at a press conference, Vladimir Putin while answering one of the questions suggested that former U.S. President Ronald Reagan “would have pleased that members of his party win everywhere, and would be glad for the newly elected President, which subtly feel the mood of society and worked in this paradigm.” “Until the end went. Although nobody believed in, except us, that he will win,” Putin said and smiled.