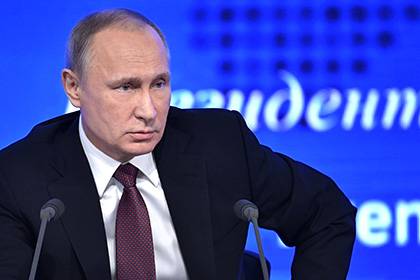 The President of Russia Vladimir Putin had a telephone conversation with Syrian counterpart Bashar al-Assad. The Russian leader congratulated his interlocutor with the end of the operation to liberate the city of Aleppo from militants, the press service of the Kremlin.

As stated in the communiqué, Putin stressed that the main task now is to focus on issues relating to the promotion of a peaceful settlement, notably by the agreement on a comprehensive resolution of the Syrian crisis.

On December 22 the Syrian government army confirmed that control of Aleppo is fully restored. On the same day from the city was evacuated the last group of militants.

This was followed in the liberated areas of the settlement was put a battalion of Russian military police. This is necessary to maintain order, said the Minister of defence of Russia Sergey Shoigu.

Aleppo is one of the largest cities in Syria. In 2012, the Eastern part of captured Islamist and rebel groups, and the West remained under the control of government forces. In mid-December 2016, the army regained control of the city. In total areas, which is controlled by terrorists, exported 9.5 thousand people, including 4,5 thousand fighters.