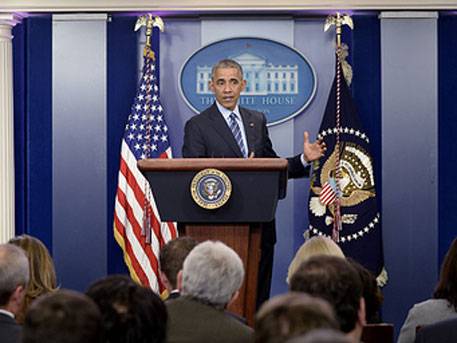 President Barack Obama signed an appropriations bill for defense of the country. The document stipulates the limitation of military cooperation with Russia. It is reported by RIA Novosti.

“No funds allocated to the Ministry of defense in the 2017 financial year, may not be focused on bilateral military cooperation between the U.S. and Russia”, – the document says.

Obama signed the law States that the U.S. decision can be changed only in case if Russia “will cease the occupation of Ukrainian territory” and to implement the Minsk agreements.

Written separately in a paragraph, which prohibits funding for “any action that recognizes sovereignty of the Russian Federation over Crimea.”