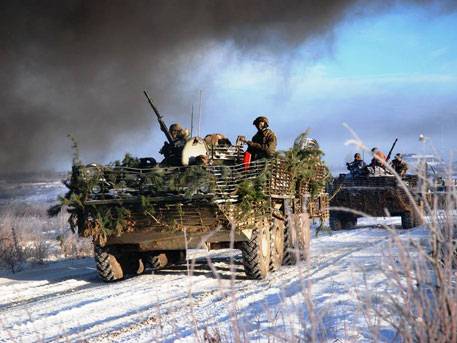 The Deputy commander of the operational command of the DPR Eduard Basurin said today that Ukrainian troops are using civilians as human shields. This was reported by “Donetsk news Agency”.

“Thus, the command of the APU continues to capture locations that are in a gray area, as in the case of human settlements, Food, Water, Palopoli, and hide behind civilians as a shield, strongly blocking the exit of citizens from the danger zone,” — said Bastrykin, commenting on the capture of the village new Lugansk battalion “Donbass-Ukraine”.

According to Basurin, the capture of the village in the buffer zone needs to raise the morale of Ukrainian servicemen.

Earlier, the unit commander of the Ukrainian battalion “Donbass-Ukraine” Vyacheslav Vlasenko on his page in Facebook said that in the “daring attack” his battalion had no losses to take the village of Novoluganskoe in the buffer zone.