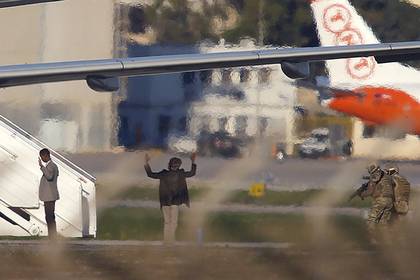 Seized Libyan plane hijackers used the dummy weapons. On Friday, December 23, wrote to the Prime Minister of Malta Joseph Muscat in his microblog on Twitter.

“The initial data forensics showed that the gun used in the hijacking Afriqiyah Airways — models”, — said in the recording.

Earlier, Muscat said that both the offender surrendered, they searched and took into custody. According to him, all 111 passengers and seven crew members safely left the Board, the aircraft damage was not caused.

23 Dec a-320 liner of the Libyan airline Afriqiyah Airways, making Sabah a domestic flight to Tripoli was hijacked by two unknown and landed at Malta international airport. It was reported that at least one had a hand grenade.

According to local media, the attackers said they belong to the group “al-Fateh al-Jadida”, and made demands to provide safe passage for surrounded government troops near the city of Benghazi to the rebels, and the release from prison of the son of Muammar Gaddafi, Saif al-Islam. He relationship with the group denied.