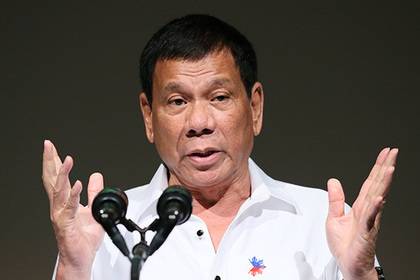 According to the head of the Commission for Human Rights Jose Gascon, has formed a team, which will pursue the case.

On 20 December the UN high Commissioner for human rights Zeid Raad al-Hussein stated the need for the Philippine authorities to start an investigation of Duterte.

A week before that, the President admitted that he personally participated in the killings of criminals, when he was mayor of Davao city. “In Davao I had done it alone. Just to show the guys [from the police] that if I can do it, why can’t you”, he said.

Earlier human rights activists accused Duterte that he organized death squads in Davao city, which destroyed more than a thousand suspects. He is the current President then denied, then admitted his involvement.

According to the AFP, since the election of Duterte for the highest office, the police killed more than two thousand people in operations against drug traffickers and those who uses them.

For Duterte the elections in may, voted 39% of voters, who believed in promises to end crime and drug trafficking in the country for six months. During his election campaign, the politician announced that he was going to kill drug dealers and dumping their bodies into the Bay of Manila. He also spoke in favor of restoring the death penalty.