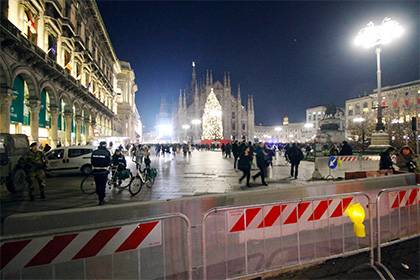 Representatives of the Italian police announced the details of the elimination of Anise Amri — the main suspect in the terrorist attack in Berlin. On Friday, December 23, according to Rai 24.

The suspect was stopped by patrol, around 3:00 a.m. local time (5:00 GMT) for verification of documents in the Italian city of Sesto San Giovanni (province of Milan). The police asked the man to produce documents in response to that Amri drew from his backpack a gun and started shooting at the guards, one of whom was wounded in the shoulder.

On Monday evening, December 19, as a result of arrival of the truck at the crowd of visitors to the Christmas fair on the square, Breitscheidplatz in the heart of Berlin, 12 people were killed. More than 50 were injured.

According to investigators, the truck ran 24-year-old Tunisian Anis Amri.