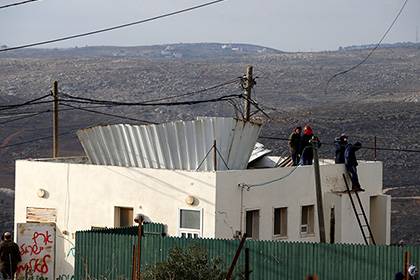 The UN Security Council (SC) will consider the proposed Egyptian draft resolution demanding that Israel immediately and completely cease all settlement activities in the occupied Palestinian territories, including East Jerusalem. About it reports Reuters.

The document States that the establishment of settlements by Israel is a flagrant violation of international law.

The permanent representative of Israel to the UN, Danny Danon called the proposed project is the height of hypocrisy.

“It’s absurd. At a time when thousands [of people] killed in Syria, the Security Council devotes time and energy to gather, to discuss and condemn the only democracy in the middle East,” he said.

Prime Minister Benjamin Netanyahu has urged the US to use its veto power to block the resolution.

On September 22 of this year, the head of Palestinian autonomy Mahmud Abbas called on the UN security Council to prohibit Jewish settlement in Palestine. The Palestinian leader also proposed to declare 2017 as the International year of the end of the Israeli occupation of Palestinian land and the Palestinian people.