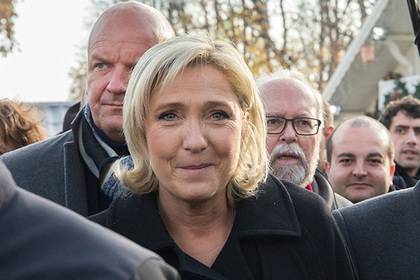 The leader of the French “National front” marine Le Pen has promised to hold a referendum on leaving the EU if it wins the presidential election. She announced this in an interview with RIA Novosti.

“In terms of the European Union (…). I told the French that if they’ll have me, I will go to Brussels to begin negotiations on the return of our sovereignty. And six months after my election to organize a referendum,” — said the politician.

She also added that “if France leaves the EU, it will immediately fall apart”.

In September, Le Pen has already declared readiness to hold a similar plebiscite. According to her, the nation needs to be able to determine their own fate, and the head of the European Commission Jean-Claude Juncker should “become a Democrat” and allow them to do it.

The first round of presidential elections in France will take place in April 2017, the second, if necessary, in may. From the ruling Socialist party for the presidency nominated by former Prime Minister Manuel Valls. From center-right party “the Republicans” — former Prime Minister Francois Fijn. Marine Le Pen led her nominated by “National front”.

According to public opinion polls, the last two candidate advance to the second round of elections.