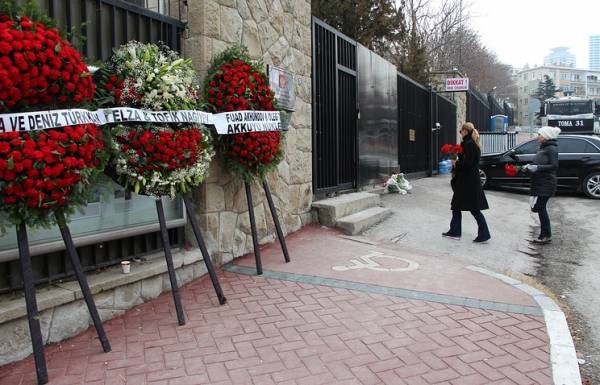 MOSCOW, December 20. /TASS/. The official representative of Russian foreign Ministry Maria Zakharova called demon-possessed officials and public figures speaking in support of the murderer of the Ambassador of Russia to Turkey Andrei Karlov. She wrote about this on his page in social network Facebook.

“I was asked to comment on statements by officials, public figures, launched in a number of countries information campaign, expressing support for the murderer of the Russian Ambassador she said. – I will not comment on it. Possessed – not my diocese”.

“We have received thousands of letters, telegrams, and phone calls from ordinary people, journalists, leaders of States with words of sympathy, support, and harsh condemnation of the attack. Thank you for what you shared our pain,” – said Zakharov.