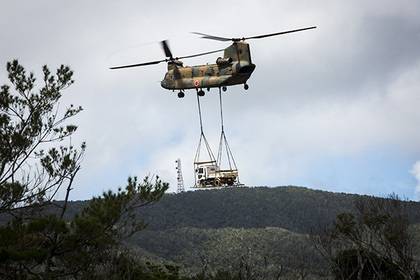 The armed forces of the United States expressed readiness to return to Japan part of the territories North of the island of Okinawa. On Wednesday, December 21, according to Kyodo.

It is the largest plot of land transferred by U.S. authorities to the Japanese after the return of Okinawa under Japanese control in 1972.

According to the Agency, in return in the same area build six helipads, which presumably will be used for takeoffs and landings of the American Osprey convertiplane. Governor of Okinawa Takeshi Onaga, seeking the withdrawal of these aircraft outside the Prefecture, will participate in the ceremony.

“Reducing the area of the exercises in Okinawa does not undermine our commitment and ability to interact with the government of Japan”, — quotes RIA Novosti the words of the commander of us forces on Okinawa, Lieutenant-General Lawrence Nicholson.

According to the Russian Agency, despite the return of part of the land on the island will continue to be concentrated 70 percent of all of US military facilities in Japan.