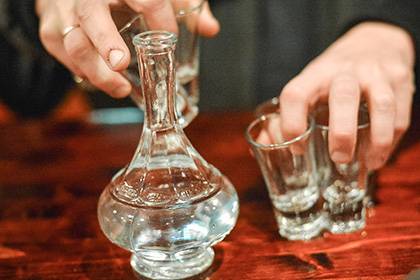 The author of the bill on state regulation of alcohol, public Ombudsman for the protection of the rights of entrepreneurs in the sphere of regulation of production and turnover of excisable goods Viktor Zvagelsky proposed to equalize the cost of alcohol liqueurs and vodka. He told this in an interview with “Tape.ru”.

“We need to raise the excise tax on all alcohol products within reason, the prices were comparable to vodka. Today, the imbalance of prices that gives a negative effect,” said Zvagelsky, commenting on the case of mass poisoning in Irkutsk. According to him, it is also necessary to go hard on prescription in the form of holiday preparations containing alcohol.

“Today, the cost of cheap legal vodka (minimum retail price 190 rubles — approx. “Of the tape.ru”) fits into the consumer basket of Russians. The difference in price between the same “hawthorn” (the average cost of bottle — 20-25 rubles — approx. “Of the tape.ru”), which is used for other purposes, and alcoholic beverages — for someone significant. It is necessary not to reduce the price of vodka, and to raise excise taxes on “the hawthorn” and all alcohol-containing products”, — said the Ombudsman.

Previously, on 21 December the health Ministry has proposed to restrict the sale of tincture of hawthorn. The Department believes that in one hand you should not go more than two flasks in 25 milliliters. The same day Russian President Vladimir Putin instructed the government to tighten the rules of production and turnover of alcohol products.

In mid-December in Irkutsk and region was a mass poisoning of counterfeit alcohol-containing cosmetic “Hawthorn”. The local Ministry of health stated that the reason was contained in the bath of methanol, although the label was declared ethanol. The number of victims as a result of poisoning fluid “Hawthorn” has reached 102 people, 61 died. In the region introduced a state of emergency. 21 December in Irkutsk was declared a day of mourning.