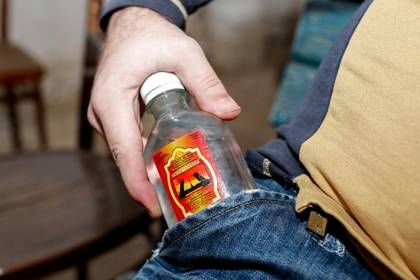 In the case of mass poisoning in Irkutsk “Hawthorn” arrested nine people, more than 100 questioned as witnesses. The announcement was published on Tuesday, December 20 on the official website of the Investigative Committee of Russia (TFR).

The detained individual entrepreneurs and their hired workers, wholesale and retail sold cosmetic liquid in the pavilions at city markets and other outlets.

“According to interviews with detainees, and victims and witnesses, trade “Hawthorn” was established in these outlets for a long time. The liquid received in the outlets without any documents and sold “under the counter” for use as an alcoholic beverage. Facts methanol poisoning previously not recorded,” — said in a statement SKR.

Currently, the issue of election as the detainee of a measure of restraint.

Earlier in connection with the mass poisoning in Irkutsk was a criminal case under part 3 of article 238 of the criminal code “Production, storage, and distribution of goods and products that do not meet the requirements of safety, entailed on imprudence death of two and more persons”.

According to the investigation, from 16 to 20 December in the law enforcement bodies of the Irkutsk received 95 allegations of methanol poisoning and the discovery of the bodies. According to the Ministry of health of the Russian Federation, at the moment from the use of alcohol-containing cosmetic liquid for bathing “Hawthorn” dead 58 people, 38 of the victims are in six hospitals in the city. In the”Hawthorn” was found the methanol, although the packaging stated ethyl alcohol.

Due to the massive loss of life in the region was introduced emergency mode. December 20, in the Irkutsk region declared a day of mourning.