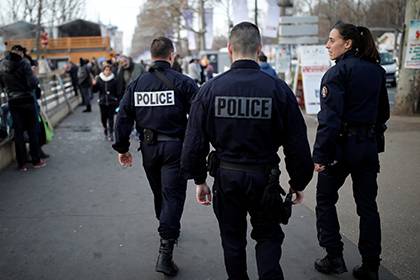 The French authorities decided to strengthen security at external borders and within the country after the terrorist attack in Berlin. It is reported by RTL.

By order of the Minister of internal Affairs, Bruno Le Roux enhanced control on the borders with Germany, Luxembourg and Switzerland. We are talking about a more careful control on the roads linking France with these countries.

According to the instructions of the head of the Ministry of interior, increased safety measures were introduced in the major cities of the country and in the capital. The Central streets of Paris will patrulirovanie special forces soldiers, who will be able to intervene immediately in case of emergency situations.

Additional forces available for dopolnitelnym checks on the Eastern station, where the trains arrive in international traffic.

The main Christmas market on the Champs-Elysees is surrounded by concrete blocks.

The head of the Prefecture of police of Paris promised to ensure the safety of law enforcement officers will do more than ever.

19 December in Berlin, the truck made impact on visitors to new year street Bazaar. Ran her ran away. During the incident in the cab of the truck was another man, he died. The victims were 12 people, 48 were wounded. The German authorities acknowledged the incident a terrorist attack.