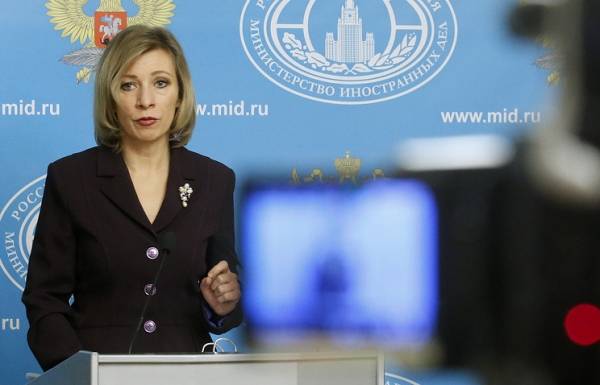 MOSCOW, December 21. /TASS/. The Ministry of foreign Affairs of Russia will send to the editor, New York Daily News a letter demanding an apology for the article containing the justification of the murder of Ambassador of Russia to Turkey Andrei Karlov. This was stated by the official representative of Russian foreign Ministry Maria Zakharova.