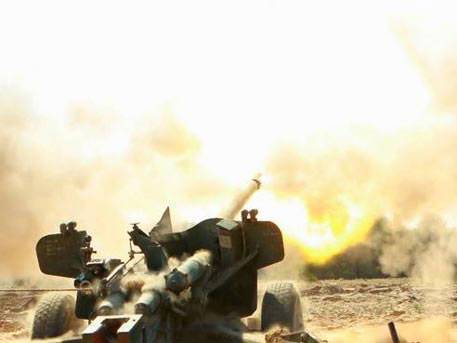 Ukrainian security forces continued attempts to dislodge the LC unit with raznymi positions near the settlement Debaltsevo. It is reported RIA Novosti with reference to the representative of the people’s militia of the Republic Andrey Marochko.

“Kiev security forces as at 23.00 do not stop the shelling of our positions from almost all types of weapons, trying to knock out units of people’s militia from their positions,” said Marochko.

He also emphasized that the militia has enough forces and means to repel any attempts of Ukraine to break through their positions.

18 Dec APU attempted offensive near Debaltsevo to Svetlodarsk so-called arc. The attack was repulsed by the LC. According to militia, the Ukrainian security forces not less than 10 people were killed and about 20 wounded. Official data from the Ministry of defence of Ukraine, Ukrainian soldiers of the 54th brigade, participated in the operation, say at least 25 dead.