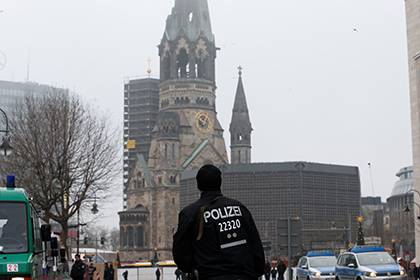 Possible by the alleged attack in Berlin is a 23-year-old native of Pakistan Click B. it is reported by Die Welt, citing sources in law enforcement bodies.

The suspect crossed the border of Germany, 31 December 2015 and February 2016, appealed to the authorities asking for asylum. He lived in one of the shelters for migrants in the German capital.

Newspaper Bild said that the Pakistanis managed to get into the field of view of law enforcement due to a series of minor offenses.

Earlier on December 20, the investigators reported that the truck driver rammed the visitors to the Christmas fair in Berlin, can act intentionally. Also the police said that “all measures are taken to accelerate the investigation of a suspected terrorist attack.”

On Monday evening, December 19, at the people who were on the Christmas market drove the van, after which drove her people tried to escape, but was captured. Another man, who was in the cockpit during the impact, died. In total victims of collisions of steel of 12 persons, about 50 were injured.