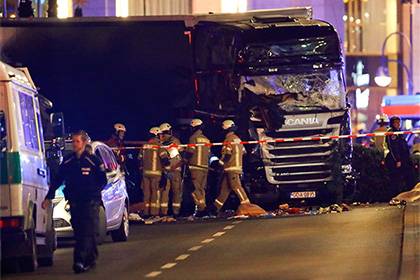 Continued: media reported about the Pakistani or Afghan origin of the perpetrator of the incident in Berlin

The Minister of internal Affairs of Germany Thomas de Maiziere said that the incident with the truck in Berlin indeed could be associated with terrorism. “There are many indications that it was a terrorist attack”, — quotes RIA Novosti words de maizière, told the TV channel N-24.

As a result of arrival of the truck at the crowd of visitors to the Christmas fair on the square, Breitscheidplatz in the centre of the German capital killed nine people. According to the latest police, 45 people are hospitalized.

The truck driver fled the scene, but was captured, is currently being questioned. The second man, who was in the cab of the truck during the collision, died.

Law enforcement agencies believe that the truck could be stolen from the construction site in Poland.

Currently, the special operation in the place of the accident is completed. The investigation is ongoing.

The Embassy of Russia no data on casualties during the incident the Russians. “Remain in close contact with the police”, — is spoken in the message of the Embassy on Twitter.