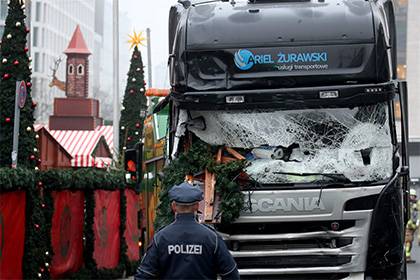 The driver of the truck rammed the visitors to the Christmas fair in Berlin, is still at large. About it reports on Tuesday, December 20, Die Welt, citing a senior police source.

“We’ve got the wrong man. The real criminal is armed with (…) and can launch more attacks”, — he said.

Earlier, on 20 December it was reported that the main suspect in the terrorist attack in Berlin is a 23-year-old native of Pakistan Click B.