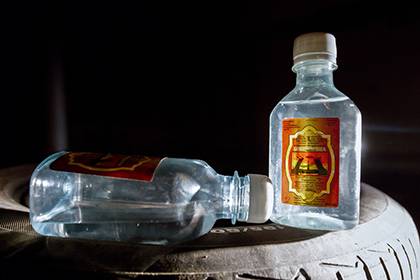 “The man who was the first to speak after delivery in the hospital, said that he bought this bottle for the fourth time. That is, it this product three times already bought, and all was well, and now all became ill. That is, someone has placed people on this matter, obviously,” said the Minister Anna Popova.

The head of Rospotrebnadzor noted that “Hawthorn” had no certification documents. “This alcoholic solution for taking baths. Another thing that has not been on these products no paperwork, no certificates, nothing,” — said Popov.

According to the source Agency in law enforcement bodies, the death toll has reached 55 people. Informed in regional office of public Prosecutor has informed that from-for poisonings concentrate died 54 people, and in the regional Ministry of health talked about the 52 victims.

Police found in the Irkutsk region two underground shop on manufacture of counterfeit alcohol products. One operated on the territory of the former dairy in the town of Shelekhov, the second is the gardening Association in the Leninsky district of Irkutsk. In the workshops was the capacity with concentrate “Hawthorn” and similar products “Vitasept” and “Clean”.

In connection with the mass poisoning in the Irkutsk region operates a state of emergency.

Criminal case as regards 3 articles 238 of the criminal code of Russian Federation (“Manufacture, storage, sale of goods and products that do not meet the requirements of safety, entailed on imprudence death of two and more persons”).