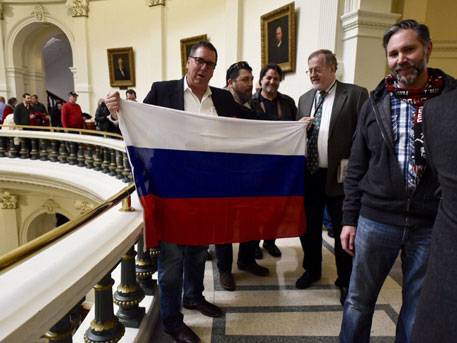 In Texas (USA) during the voting of the electors was deployed flag of the Russian Federation, reports RIA Novosti. Photos from the scene posted by the American photographer Bob Demic.

“Russian flag flies at the Capitol of Texas to the College electors,” he wrote in the social network. 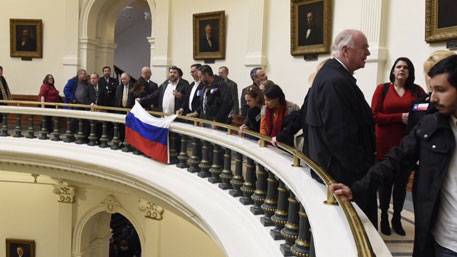 Journalists who were filming the election process, suggested that the way the Americans supported the Russians after the murder of the Russian Ambassador in Turkey.