Law-abiding Europeans don’t seem to be able to spend a quiet and peaceful Christmas holidays. The incident in Berlin and then in Zurich jeopardize not only a relaxing stay of EU citizens with family and friends, but also makes experts wonder about the effectiveness of European forces.

The issue of security in places where a large number of people all around the world in detail. If you ever visit places Christmas rest of Muscovites in the Central areas of the capital, then you know that the festivities are accompanied by reinforced police squads and special forces on duty nearby. Among other things, to get by car to the Central parts of the city during special occasions or major public events is impossible. The police proactively block all entrances to prevent accidents. Something similar had to be organized and a large Christmas market in Berlin. 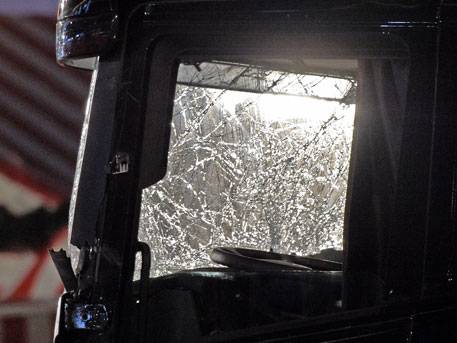 However, the disregard for security measures and the lack of restrictions of movement of vehicles, especially of trucks, has led to terrible events. The truck flew into the crowd on the Boulevard kurfürstendamm, buried under the wheels of nine visitors to the fair. Another 50 people received injuries of varying severity. Relatively small streets of the kurfürstendamm Boulevard in West Berlin – very difficult route even for experienced riders.

The small width of the roadway and parked on both sides of the road the cars are not allow to “scorch” on this stretch of road. It measured the drive has a speed limit of 30 km/h for a gross violation of which the driver waits for a large fine. However, Juggernaut, according to eyewitnesses, flew so fast on a busy stretch of Boulevard that the appearance of the truck remained unnoticed until the moment when the truck started to crush the crowd.

A graduate of the MADI and of the scientific employee of one of Russian industrial enterprises by Roman Kravchuk in an interview with TV channel “Star” said that if you compare the size of a truck and caused damage, it can be assumed that the driver moved down the street much faster than 30 km/h. “Judging by the way the truck smashed the stalls, and how many people are trampled under him, I think the speed was at least twice as prescribed, or more. But it’s not so much how fast the car was moving, and that the driver apparently stopped only after a collision of the truck with an obstacle. This suggests that to slow down he was not going at all,” – said the expert.

At first the version of terrorist act is not even considered leading experts in the field of security. American edition New York Post after a few hours after the tragedy , issued a statement that the responsibility for the attack took

themselves banned terrorist group Islamic State. Essentially a terrorist act in the heart of Europe, committed without the use of explosives is a slap in the face of European security, law enforcement agencies and intelligence services, constantly declaring readiness to uproot terrorists across the world, but not able to confront them at home. 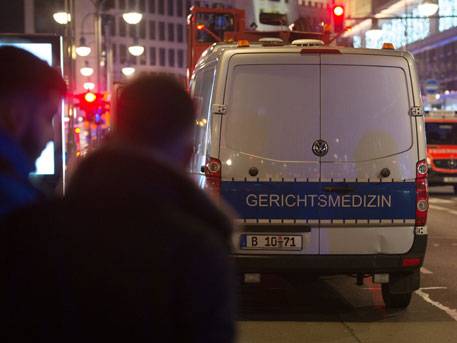 While the Berlin police official urges citizens to refrain from traveling to the area Breitscheidplatz, the world’s leading experts on security issues, analyze the incident. There is no doubt that a terrorist attack in Berlin was surprisingly similar to the tragedy on July 14 in nice. In the summer of 2016 31-year-old Tunisian Mohamed Lower-Bolel 20-ton truck drove through the crowd of people watching the fireworks for Bastille Day. A detailed analysis based on the actions of the French police, the witnesses and the number of victims suggests that the main reason for the attack was ill-conceived plan to ensure the safety of district events.

Rammed the crowd, which already began to disperse after the fireworks ended, a native of Tunisia killed 86 and wounded more than 300 residents and guests of the city. The actions of the French police in this incident should be separately noted. According to records from surveillance cameras and videos from open sources, before crashing into the crowd, the terrorist had managed to disperse well, and in the process of passage through the crowd, actively maneuvered, trying to catch as many people as possible. However, the most active steps to neutralize the attacker in the first few minutes had not the French police or special forces, who during the mass events should be located nearby, and the usual witnesses who arrived on the promenade des Anglais to watch the fireworks display.

The guards caught up with the action only at the last moment, when he had already passed through the crowd and could make a reverse maneuver, doubling thereby the number of victims. Experts explain that until the French police riddled the cab of the truck and stopped the terrorist, the car ran at least two kilometers. But by a strange coincidence, no major changes in the structure of the processes of public safety in France was observed. Many experts have openly stated that the incident has exposed vulnerabilities in the system control events with a large number of visitors, and something similar could one day happen again. The capital of Germany as a target for the next attack was only considered hypothetically.

Expert Alex Levkov, commenting on the incident in Berlin noted that German confidence in the perfect security system in this time played on the side of the terrorists. “By themselves, these attacks – like a shot. But when such injections lot of States are beginning to bleed. And especially the fear of the attack the Germans call also because Germany has always been considered the benchmark for Europe in many areas, including in security,” – said the expert.

Expert opinion is shared by political scientist Andrey manoylo. According to him, there is no guarantee that on Christmas eve this doesn’t happen anywhere else. “The main shock for the Germans is that Germany in General and Berlin in particular was always quiet, and such a tragedy for Germany is exceptionally difficult event,” explained manoylo.

The beginning of the week turned out to be in Europe very restless. However, against the backdrop of a terrorist attack in Germany virtually unnoticed was the news about the shooting at the Islamic center in Zurich. Details of the incident are still unknown, but the fact of shooting on the streets of a prosperous and tolerant Europe makes one wonder – is there a real European security? According to the analyst Ruslan Ostashko, Germany’s problems with internal security is no exception to the rule, but a real systemic problem. “If to speak a simple language, the Germans just played with the United States and NATO. They generously Finance the military operations, the main objective of which is to destroy the terrorists before they can appear in Europe. Practice shows that this strategy does not work, and the money spent in vain. During such a “protection” of the European countries are highly relaxed in matters of internal security, relying on his defenders. And the issue here is not only in the organization of safety in places of a mass congestion of people. This is a systemic problem that cannot be solved at the moment the European Union can not” – said Ostashko, in an interview with TV channel “Star”.

It is worth reminding that the terrorists consistently reminded of the lack of any public security in Europe. In 2015, Paris has shaken the monstrous and daring attack on Christmas eve. January 7, 2015, brothers said and Sheriff Kuashi shot the editor of the French publication Charlie Hebdo. In November of the same year was made the other terrorist attacks that rocked France – shooting in the concert hall “Bataclan”, the undermining of the VCA in a cafe on the Boulevard Voltaire Contour, the attack at the stadium “Stade De France” and other equally bloody massacre of civilians. However, all this was not in a combat zone, and one of the most prosperous, and until recently, the safest countries in Europe.

Despite the fact that the public of France and the country’s top leadership was furious, the strongest reaction to occur were mass campaigns in cafes and international support for France in social networks. Truck in Berlin, the terrorist attacks in Paris and nice, the explosion of the airport in Belgium – all this, according to experts in the field of security, the Board of the European States for their own short-sightedness and unwillingness to recognize problems where they exist. According to experts, the intimidation of Europe in the near future, may be continued, and the Berlin tragedy – only the first alarm event, and the Catholic Christmas in Europe is unlikely to say calmly.