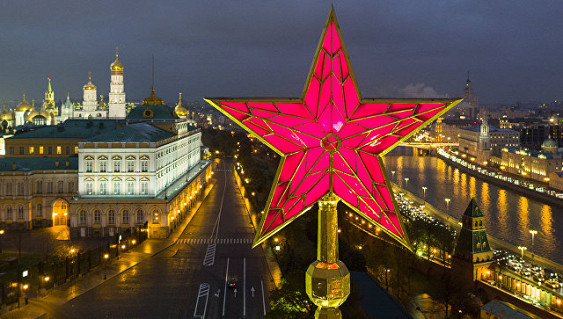 The government of Mexico is interested in Moscow’s experience in implementing a number of innovative projects in the urban economy, where the Russian capital in many areas is a leader, told reporters in Mexico city the head of the Moscow Department for external economic and international relations Sergey Cheremin.

“We are talking about the application of advanced technologies in transportation, utilities, implementing information systems in health care, education, the provision of public services through the Internet, I think that the Moscow decisions can be beneficial for Mexico,” said Cheremin.

According to him, a special interest and experience in implementation of major urban projects for the reform and development of old industrial, economically depressed regions. Now in Mexico city there is the airport reconstruction project, the government of Mexico plans to take it outside the city. “Such projects are very interesting to our architects, design offices, as Moscow has expertise in the development of such territories as the former Tushino airfield, where he built the most modern stadium “Spartak”, and today we are implementing a very ambitious project for the construction of business and residential complex with an area of more than 40 million square meters,” — said the official.

The authorities of Mexico became interested in the project of light metro, which Moscow has implemented in the last few years, when 50 miles of railroad track was turned into ground underground, said Cheremin. “In the near future in Moscow will be conducted a technical visit of the municipality of Mexico, we’ll show them the most important projects, including the reconstruction of the Moscow stadium in preparation for the 2018 world Cup. They are very interested in how Moscow will cope with such a large number of fans and tourists,” — said the head of the Department.

Cheremin said that Mexico city’s mayor, Miguel ángel Mansaray signed a Protocol on cultural cooperation between the capitals. “We invited the mayor of Mexico city, to visit Moscow on an official visit and to participate in the international urban forum in July 2017, he enthusiastically embraced the idea,” said Metropolitan official.

In Mexico city, now a photo exhibition devoted to modern Moscow, and in 2017 it is planned to hold Days of culture of Moscow in Latin America, particularly in Mexico and possibly in Buenos Aires and Lima, with whom Moscow signed the cooperation program. “Concerts of our outstanding Symphony orchestras, dance groups enjoy the same success and draw full houses, and Mexico is planning next year to hold a festival of Mexican culture and gastronomy in Moscow, at ENEA,” said Cheremin.