WARSAW, 17 Dec — RIA Novosti. Prime Minister of Poland Beata Szydlo on Saturday evening made a special appeal in connection with the parliamentary crisis in the country, calling on the opposition to dialogue and stressing that her current actions are destroying democracy. 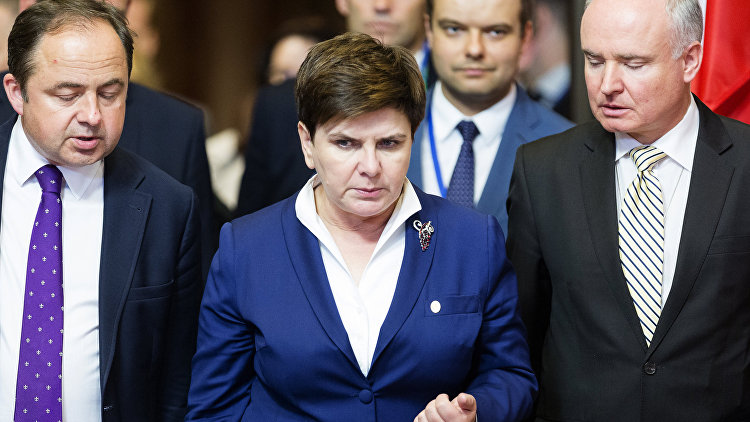 The Polish opposition in the second half of Friday afternoon block the work of the Seimas of the country. The reason for this was the intention of the diet from 2017 to restrict the work of journalists in the lower house of Parliament, as well as the decision of the speaker of the Sejm Marek Kuchcinski to dismiss one of the deputies from participating in the meeting. Despite this, Parliament in the session held in another room, passed a number of laws, the opposition believes these voting illegitimate. In addition, at the diet building on Friday evening held a protest in opposition of the “Committee of protection of democracy.”

In a speech broadcast by the Polish television, Szydlo outlined the government’s achievements over the past year, said that 2016 was Poland’s good, and the next, in her opinion, will be the same. “Just rest and further quiet operation. We implement our commitments, keep our word,” she said.

“The opposition in a democratic state is of great value, the opposition, which essentially criticises the power that motivates power… unfortunately, today we do not have this… it is Worth reminding the opposition that we are one people, we have one homeland, and a common history. Poland is free and democratic, it is our common good. Want to March — Oh, you want to protest — protest, but respect the beliefs of others,” — said the Polish Prime Minister.

Szydlo called the opposition not to deny others their rights, stressing that such actions destroy public confidence and destroy democracy. “So I want to invoke responsibility. Responsibility, which is our common responsibility, a common task… it is Possible and necessary to talk, it’s never too late to get off the bad path,” she said, adding that they are ready to take measures to ensure that political debate in Poland could rely on the dialogue.