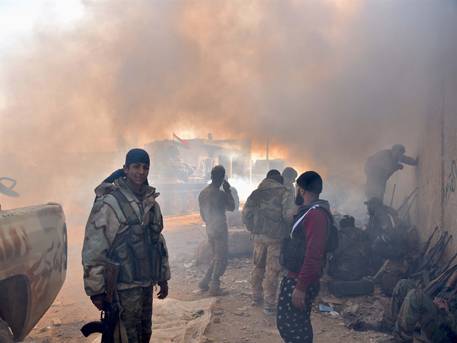 Eastern Aleppo has left a group of 382 militants and members of their families. It is reported RIA Novosti citing a source in the militia.

“From Eastern Aleppo left 382 people is militants and members of their families. Of these, two wounded and three people expressed a desire to stay in Aleppo and left the bus,” – said the source Agency.

Earlier it was reported that most of the militants deported from Aleppo. Nearly ten thousand terrorists on a special corridor along with their families were sent to the province of Idlib. The remaining terrorists initially refused to leave Aleppo, but later contacted the command of the Syrian army and agreed to surrender.