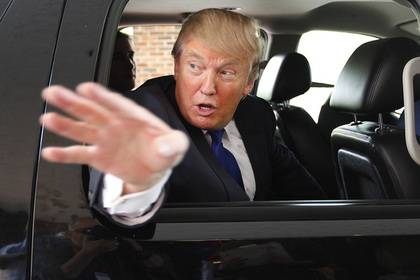 The US President-elect Donald trump said he did not share the opinion of the wife of the current American leader Michelle Obama regarding the fate of the United States in connection with his victory in the elections. As reports on Sunday, 18 December, Fox News channel, he said this during a speech to supporters in the city of mobile (Alabama)

“Michelle Obama says that there is no hope. I believe she was talking about the past, not the future. On the contrary, I believe that there is great hope and great potential. Our country will become great, like never before,” trump promised.

He also expressed confidence that Michelle Obama meant something completely different and just bad choice of words. “I with wife Melania recently was in the White house. The President and his wife were extremely kind with us. I hope she [Michelle Obama] had something else in mind and didn’t mean it,” said trump.

The current first lady of the United States in an interview with TV presenter Oprah Winfrey, an excerpt from which was shown on television on 16 December, expressed the opinion that with the arrival of Donald trump for President of the USA ends the era of “hope and change”, which lasted eight years until the head of the United States was Barack Obama. “Now we feel the difference… Now we feel what it means to have hope. What to do if there’s no hope left, Oprah?” — she asked a leading question.

10 November it became known that Donald trump and his wife Melania visited the White house, where he met with Barack and Michelle Obama. After that, the US President-elect on his Twitter page announced that the first lady “loved” his wife.

Presidential elections in the United States were held on 8 November. The victory was won by the representative of the Republican party, Donald trump, his main opponent was Democrat Hillary Clinton. The inauguration is scheduled for 20 January 2017.