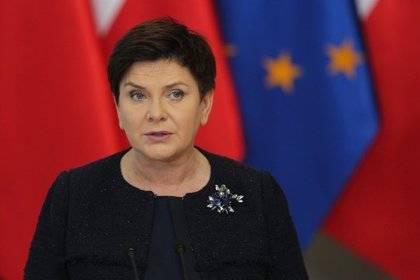 The Prime Minister of Poland Beata Szydlo called the shameful actions of the opposition block the Parliament building in Warsaw. About it reports Reuters.

“With this step, the opposition incite political radical emotions… that have nothing to do with the real condition of the country. On the contrary, it happens because of the helplessness, the frustration of those who lost power and who does not have the slightest idea on how to convince the citizens of Poland in their views,” said Szydlo, in his address, which was broadcast on television.

The Prime Minister recalled that the opposition and the authorities of one country and one history. “Poland is free and democratic, it is our common good. Want to March — Oh, you want to protest — protest, but respect the beliefs of others”, — leads her words RIA Novosti.

Szydlo called on the opposition to respect the rights of its political opponents, expressing the view that the actions of the protesters are destroying democracy. “So I want to invoke responsibility. Responsibility, which is our common responsibility, a common task… it is Possible and necessary to talk, it’s never too late to get off the bad path,” she added.

The protesters blocked all exits of the Polish Parliament on Friday, December 16. The conflict began after the opposition accused has an absolute majority of the ruling party that the MPs adopted the budget for next year, not gathered in the plenary hall and in another room.

In addition, the strong dissatisfaction of the opposition and its supporters has caused restrictions on the activities of the media in the building of the Sejm.