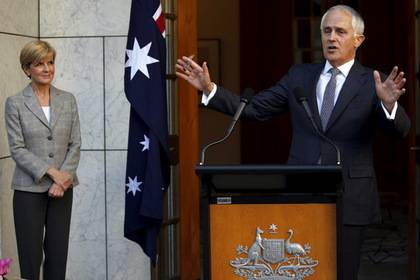 The Prime Minister of Australia Malcolm Turnbull called for converting the country into a Republic after the reign of Queen Elizabeth. He said this during a speech dedicated to the 25th anniversary of the Republican movement, reports The Sydney Morning Herald Sunday, December 18.

“I’m an Aussie and I’m proud of it. The head of state should be someone that can say the same,” — says Turnbull. However, he noted that he does not believe that Australians like the idea of another referendum on the Republican system, has not yet ended the reign of Elizabeth II. “Australians in all his life knew no other head of state except the Queen”, — he reminded.

The politician said that before holding a new referendum, it is necessary to overcome the split between those who prefer direct presidential election those who favor the election of the parliamentary majority, which secured the support of the head of the government and opposition leaders. The Prime Minister said that this unresolved question caused the failure of the referendum on a Republican system, 1999.

Australia is a member of the Commonwealth of Nations, head of state a British monarch.

In 1999 Australia held a referendum, which contained two questions: if people wished to convert the country from the Kingdom of the Commonwealth to the Republic and constitutional change. The majority voted in the negative.